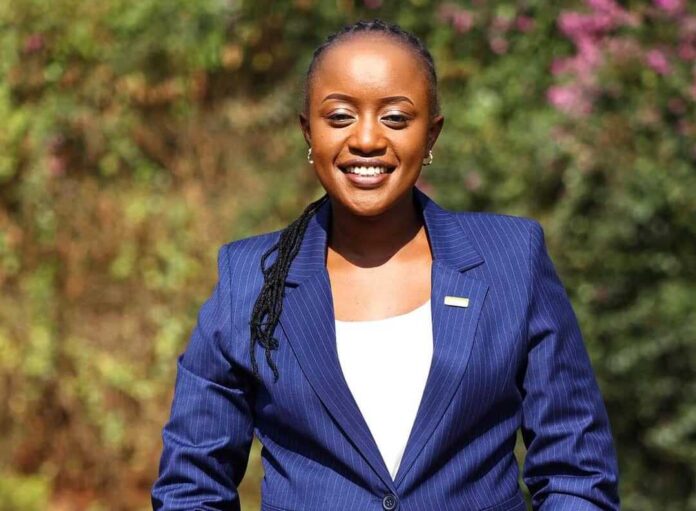 Jane Chemutai Goin is an award winning journalist working at the Royal Media Services owned Citizen TV. She reports on current affairs, governance and politics. Her mien and ease with which she reports on topical issues has made her a sensation among viewers. She is also skilled in producing feature stories, editing, moderating events and public speaking.

The journalist, who hails from Nandi county, sharpened her career at Kenya Television Network as an intern. During her time with the broadcaster, she developed interest in political reporting. Chemutai Goin then moved to Capital FM and then K24 where she reported on politics. It is while working at the Mediamax owned station that her talent was spotted by Citizen TV honchos.

The reporter joined Citizen TV in 2018 where she continues to report on politics and current affairs. She was known for her wide coverage of Covid-19 and spreading awareness about the virus. For her efforts, she was awarded a State commendation for creating awareness by the former president Uhuru Kenyatta on 1st June 2020. She was a recipient of the Uzalendo Award.

The bilingual reporter is also skilled in writing and editing stories, moderating events and public speaking. During the 2017 and 2022 general elections, she was among journalists who were at the forefront on reporting about political events across the country.

The journalist lost her father Mzee Andrea Arap Goin on 8th June 2022. It was reported that the 84-year-old was undergoing treatment at St. Lukes hospital in Eldoret when he succumbed to his illness.

“At 84, dad fought a fight for his life, in the end, he won, some victories are about peace…. We mourn now but in the end, it shall be well,” she wrote.

The late Mzee Goin was an agricultural officer and a farmer. A devoted Christian, he also led the community to start Cheplelachbei primary and secondary school.

According to multiple online sources, the award winning journalist is a mother of two daughters.

The Richest Young Kisiis In Kenya And Source Of Wealth