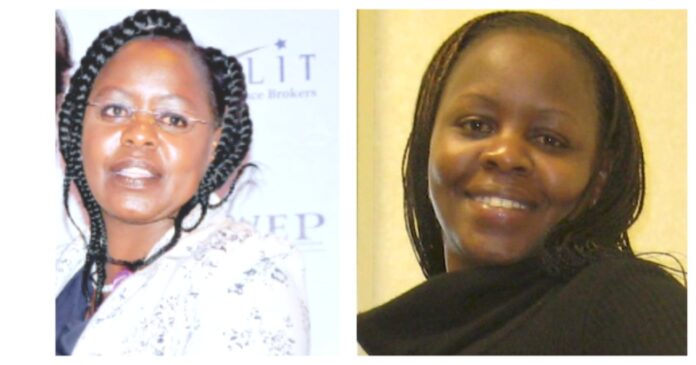 When Joyce Wanjiku Kairu left Kenya for Germany, she never imagined that she would find herself living in the streets. With the promise of a better life and job seeming to disappear, she had to work her way to the top. Today, she is the founder of Purity Elderly Care Foundation, named after her mother.

Born in Nyeri, she attended Othaya Girls High School. In 1997, she left for Germany in search of greener pastures. On arrival, Joyce, twenty six at the time, was hosted by a family, all the while hoping to secure a good job. Living in Frankfurt with the family, she was sent to do shopping in the local supermarket. One of the members of the family gave her a cold drink which left her unconscious.

She woke up in a brothel with no money and not able to track her way home. She had been drugged. There, it was made clear that to earn a living, she needed to prostitute herself. The young Joyce was to be sold to an old German when she managed to steal some money from him and escape.

This is how she ended up in the streets with no job or money. To avoid dying of hunger, she began to pick pockets and at night she would sleep under the bridges with other homeless people. 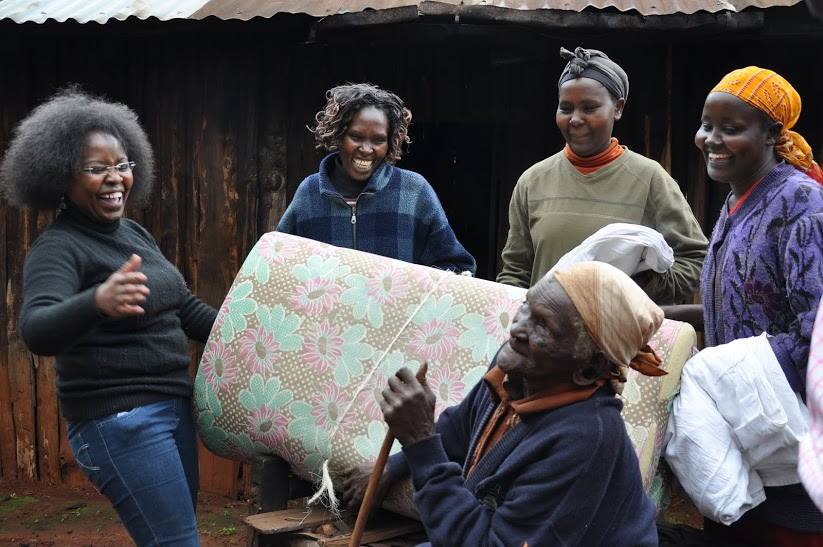 To ease her conscience, she would often tell herself stealing was better than becoming a prostitute. Luckily, she met a friend who offered her temporary accommodations.

Back to Kenya and moving to South Africa

Eight months after being in Germany, she returned to Kenya with nothing to the disappointment of many. Deciding to open a new chapter, she started saving money and in 1998 flew to South Africa with help from her parents.

Wanjiku attended the University of Witwatersrand business school while working as a data clerk. She managed to graduate with a diploma in Project Management and became a project manager for Lexxmark International.

With this job, she got the opportunity to travel to different places around the world and in the continent including: Australia, United States, Europe, Namibia, Botswana, Mozambique and Lesotho. Life was good and she had a lavish home, a six figure salary and could travel around the world.

During this time, she did not keep in touch with her family for more than a decade. She did not have time for the family which she told The Standard in a past interview was the excuse most used to ignore their ageing parents.

“It’s easy to get absorbed in the day-to-day life experiences of work and a fast-paced life until tragedy strikes and makes us evaluate what really matters to us,” she said.

She had not realized that her mother was suffering from cancer and even when she did, she thought sending money for chemotherapy was enough. It was not until her mother died that she regretted not spending time with her. After the burial, she went back to South Africa but nothing was the same.

With the 2010 world cup in South Africa, she nearly managed to drown her sorrows in the excitement but as the referee blew the final whistle, it all came crashing back. Then, one day a jogger she used to jog with was hit by a vehicle and died on the spot causing her great shock. Standing there, she realized she was not living her purpose.

With the help of her church, she began reaching out to the elderly in the slums of Soweto and assisting them with food and clothes. Then, she sold all her assets, quit her job and moved to Kenya in 2011 inspired to help the elderly.

She named her foundation Purity in honor of her late mother. At first, people thought she was crazy or had been fired but she did not care. She spent her millions on the elderly and even began getting donations. She decided to use her life to take care of the elderly whom society had abandoned. She does not care about begging for money to be used for such a humanitarian act.

Through her foundation, Joyce has been able to help many homeless elderly men and women by shelter, medical care and clothes. For her, it matters that she makes sure the elderly get to spend their last days in comfort.

Joyce Wanjiku Kairu has received international recognition and received the Humanitarian award during the World International Women’s day in 2014 from Mrs Deloris Jordan, the mother of basketball legend, Michael Jordan.

Locally, Joyce Wanjiku Kairu is known for her deeds beyond Nyeri and has been featured on Citizen TV’s Strength of a Woman among other platforms.

Philip Ndegwa: The First Kenyan To Bank A Billion And His Super Wealthy Sons

Nicki Bigfish: The Straight A Student Who Found Fame In Pranks