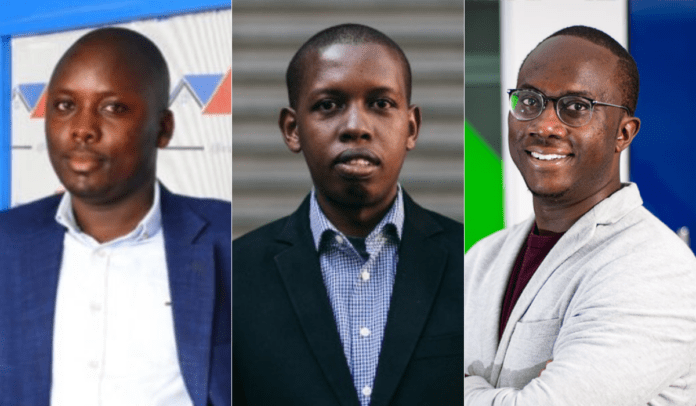 The growing Kenyan economy has over the years continued to birth young millionaires, making a great fortune from investments spread across various sectors of the economy. A Knight Frank Wealth Report released on January 2, 2022, revealed that out the 3362 dollar millionaires in Kenya, 803 of them are self-made and aged under 40.

The report further revealed that a majority of the young millionaires had struck gold in ICT, especially Fintechs, with key focus ranging from digital payments, loans, insurance, share trading and cryptocurrency. The new crop of multi-millionaires is also into digital solutions in agribusiness, real estate, health and logistics.

As a result, companies run by these millionaires have attracted billions in funding from venture capital and private equity funds from developed countries, with the founders raking in millions from stake sales.

According to a report by Disrupt Africa, venture capitalists pumped in Ksh33.3 billion into 87 Kenyan technology companies in 2021, benefiting start-ups such as Twiga Foods and Gro Intelligence.

This indicated the emergence of new opportunities for young people, a shift away from only when the lucky few relied on inherited wealth to join the club of the super-rich.

Therefore, in this article, WoK lists some of the Kenyans in their 30s running successful businesses.

He is the founder of Denver Group Limited – arguably one of the best real estate companies in Kenya. He decided to establish the company after he was conned out of Ksh300,000 when he had attempted to buy half an acre of land in Narok.

Using his savings, he bought parcels of land in Ruiru and opened his office in Kasarani. He acted as the receptionist, driver and marketer because he was not in a position to hire workers. To pay his office rent, Kennedy took up online writing gigs. It took him eight months to sell his first plot. From the proceeds of the sale, he bought one and half acres in Malaa.

Speaking to the Standard, Kennedy stated that his greatest milestone was setting up Denver Group.

The 33 year old moved to Kamulu where the headquarters of Denver Group Limited are located. From a small office in Kasarani, the company now occupies an entire floor. They are now dominant players in the real estate business in Kamulu, Joska and Malaa.

Having anchored its business model on transparency and accountability, Denver Group has become one of the most trusted real estate companies by Kenyans living in the diaspora. All their plots have documentation and clients are taken through the legal processes.

These two Kenyan  entrepreneurs co-founded Market Force in 2018. The Nairobi-based company is a B2B platform for retail distribution of consumer goods and digital financial services in Africa.

In February, the company landed a funding of Ksh4.5 billion (US$40 million) to scale their company.

In a statement on February 22, Mbaabu announced that the funds were raised in their Series A funding exercise to scale their operations. He added that the company was also looking to introduce credit services.

“Today marks the beginning of a new chapter at Marketforce. We just closed a Ksh4.5 billion ($40 million) Series A funding round led by V8 Capital Ventures and are one step closer to achieving our goal of being the largest B2B commerce & fintech marketplace in Africa.

“We are extremely humbled by the support that we’ve received throughout our journey and very grateful to our community of customers, partners and investors, for believing in our team and mission,” stated Mbaabu.

The startup enables informal merchants to source goods directly from manufacturers and distributors as well as placing and paying for orders digitally through its RejaReja app.

Cathy Chepkemboi
She is the founder and CEO of Tushop – a fast-moving consumer goods startup. Founded in 2021, the company’s platform enables customers to buy groceries online at more affordable prices compared to supermarkets, local retailers and ‘mama mbogas’.

Tushop uses community leaders who collect orders from their neighbours and handle door-to-door deliveries, with an added free delivery perk.

In early April, Tushop raised $3 million (Ksh345 million) in a pre-seed round. The round was led by 4DX Ventures and saw the participation of JAM Fund, Breyer Capital, Chandaria Capital, TO Ventures, Golden Palm Investments, FirstCheck Africa, and DFS Lab, among others. 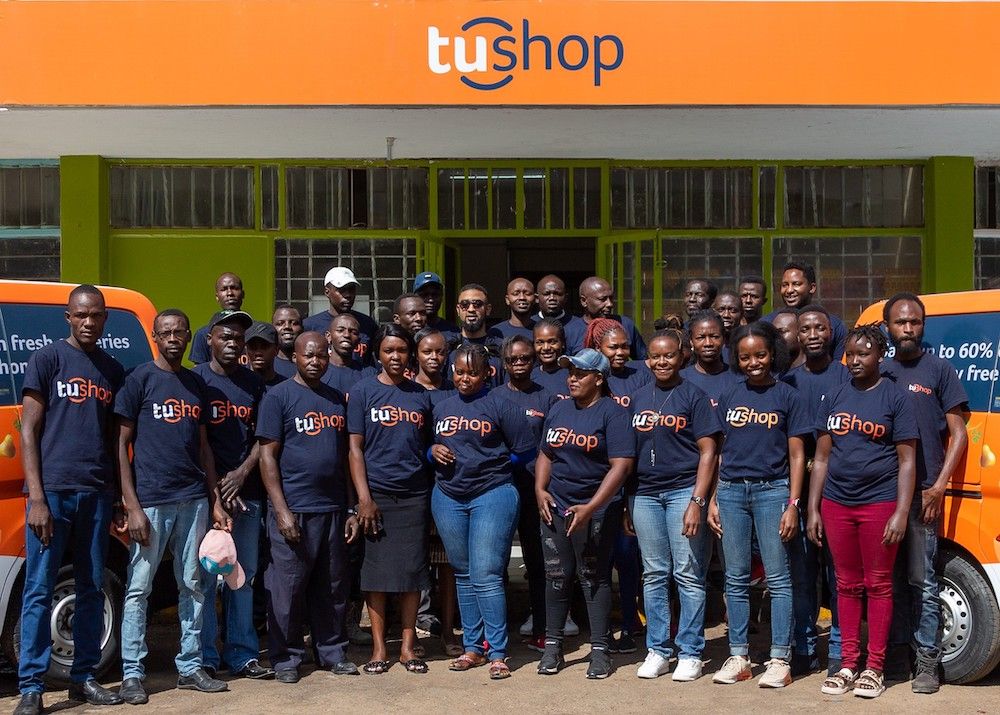 He is the co-founder and CEO of Amitruck, a tech enabled logistics company. It links shippers with transporters operating trucks, vans, tuk-tuks, pick-ups and motorbikes, allowing them to negotiate the transport charges and do away with the middleman.

The platform also enables clients to customize options in the services offered, such as off-loading costs, and all goods transported are insured.

He is the founder and CEO of Lipa Later – a Pan African Buy Now Pay Later platform that allows consumers to shop for items and pay over time.

Founded in 2018, Lipa Later has grown into one of the leading BNPL platforms in East Africa, with active operations in Kenya, Nigeria, Uganda and Rwanda. It has also served more than 200,000 customers and delivered a yearly growth rate of about 100 percent.

Mbugua is the founder of Young Rich, a Documentary & Reality Television production company.

Through his company, he has created several Tv shows that have graced Kenyan screens. They include; Get In The Kitchen, Our Perfect Wedding, Stori Yangu, My Friend, Being Bahati, Foods of Kenya, The Best Of, and the most recent, Concert Nyumbani (which was broadcast across 11 TV stations in the country simultaneously) and Sol Family.

Mbugua made his first million at the age of 22 and went on to be featured on Business Daily’s ‘Top 40 Under 40’ in 2014. He won ‘Best Editor’ at the Kalasha Awards. In 2016, he was featured by Forbes Africa magazine as one of the ‘Most Promising Entrepreneurs Under 30’.

He is the founder of Stawi Foods and Fruits The company procures fruits from farmers and uses to fortify flours that are sold through retailers nationally.

Muthomi founded the company is 2011 primarily as a banana flour processing business where it processed and packaged banana flour for sale to retailers countrywide.

He is the founder and CEO of Angaza Elimu – a edtech company. It utilises artificial intelligence to teach. With over 35 thousand students active on the e-learning platform on a daily basis, Angaza Elimu is teaching what students need to learn.

Kiko Muuo founded Angaza Elimu in 2017 and it now employs between eleven and fifty people. The headquarters are located in Nairobi, Nairobi Area, Kenya. The company has completed two funding rounds, raising a total of $100,000 (Ksh11.2 million) funding with two investors.

She is the founder of EcoPost, a company that manufactures aesthetic, durable and environmentally friendly fencing posts using plastic waste.

The collects plastic waste (such as polypropylene and polyethylene) and uses it to manufacture fencing posts. This is a more environmentally friendly approach than the use of timber.

Rutto attracted global attention for her efforts in providing an alternative waste management solution to the country’s ever growing plastic menace.

She is the founder of Recours Four Kenya Consultants Limited (R4Kenya), a professional Human Resources firm located in Nairobi.

Some of the company’s clients include the World Bank group, Kenya National Examination Council, USAID, GlaxoSmithKline and betting firm Sportpesa.

Shaffie Weru Salary And What He Owns

Car Modifications That Are Illegal In Kenya