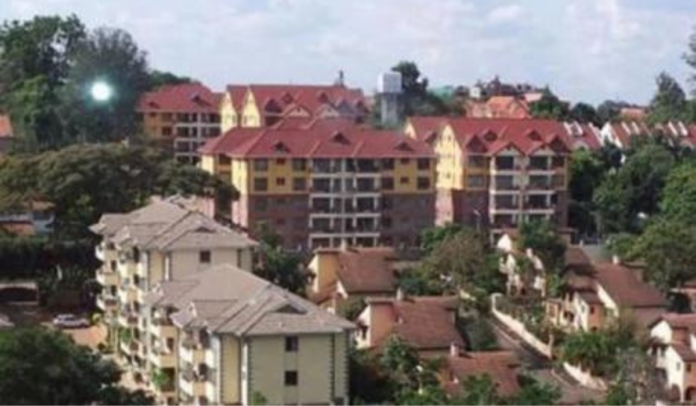 The Nairobi Real Estate industry is among the most vibrant in Africa and is arguably one of the most expensive in terms of housing. This has prompted the government to intervene with the construction of affordable housing units across various parts of the capital.

Bedsitters or Studio apartments have become common in the city, with residents looking to pay the least possible in terms of house rent, while also ensuring they live in their preferred neighbourhoods.

However, with the growing demand for houses within Nairobi City, a number of ownership associations have come out to formulate guidelines that safeguard the identity of their estates by regulating the construction of certain types of houses most notably, bedsitters and single room flats.

In other advanced cases, developers have also been barred from constructing one bedroom apartments.

Speaking to a local daily, Fanaka Real Estate Sales Manager Zipporah Kirungu revealed that a number of Nairobi Estates have come up with such guidelines to drive up the value of land in their neighbourhoods.

To enforce such directives, some estates such as Runda, Kitisuru, Syokimau, Kilimani, Karen, Kileleshwa and Upper Hill rely on residential associations.

When acquiring land in those estates, developers and buyers are required to sign purchase agreements with the residential associations which give clear designs of the houses they are expected to build in the area.

“The developers also majorly seek to limit the buyers to certain income categories.

“Therefore, land buyers are advised to research such issues before purchasing the assets,” Zipporah Kirungu said, adding that Fanaka targets low and middle – income level earners and therefore operates in the non-restricted areas.

According to reports, these estates also come up with the land and housing regulations so as to curb the emergence of slums and other low-income developments that are normally associated with the rise of criminal incidents.

A majority of the densely populated estates in Nairobi are known to have a myriad of challenges including poor sewerage disposal, faulty electricity connections, water shortage, poor feeder roads, inadequate social amenities and facilities. Therefore, some of these posh Nairobi estates enforce the land restrictions to maintain the ambience of their neighbourhoods.

NMS noted that it’s officers had visited the project and established that the building was not properly drawn. It also noted that the drawings did not provide sufficient information and that lounges were not ventilated. The developers also did not provide a traffic management report. The construction was being undertaken by a Chinese firm.

The cancellation followed a complaint by a number of residents and owners of property in the neighborhood of Kindaruma road, Kilimani Nairobi.

The residents, through Lesinko Njoroge & Gathogo advocates asked NMS to establish if the construction of the high-density bedsitters, studios and one-bedroom units along Kindaruma road was inline with existing zoning policy of Nairobi City County zone 4.

The residents also asked NMS to establish if there was a violation of the provisions of Physical Planning and Land use Act No 13 of 2019, the Environment Management and Coordination Act as well as the Environmental Impact Assessment and Audit Regulations.

The residents said the scale and scope of the project was likely to overwhelm the utilities and amenities such as narrow roads arising from increased traffic.

According to Christine Wakanyi, Head of Customer Experience at Optiven Limited, buyers and developers should understand the policies of a given estate before moving in to acquire the land. This will avoid confusion or conflict with the residents.

“If we focus on building a gated community, then we want people to construct homes where kids are raised well. How do you feel when someone raises a flat near your mansion? she posed.

“Then we have commercial plots or land that can be developed without regulations. You ought to understand why you are buying such land. Is it for commercial, agricultural or for mixed-use?” She added.

Land restrictions by a section of Nairobi estates have been welcomed with mixed reactions. Wilson Mugambi, the President of the Architectural Association of Kenya has called for the revision of the policies to allow for the development of multi-storey buildings which he argues, will contribute to the growth of the Kenyan economy.

“There is nothing to worry about since it shows a distinct growth in the middle class, which should translate to a better circulation of capital and economic growth,” Mugambi stated.

Renowned architect and regular television panelist Alfred Omenya has also been on record severally, calling for the reform of Nairobi estates.

“The rapid transformation of Kilimani, Hurlingham, Lavington, and Kileleshwa, is highly welcome. All we need is to upgrade infrastructure and services,” Omenya urged in a past interview. 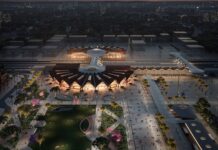 Nairobi Railway City: The Sh29 Billion City On 425 Acre Land That Will Change The Face Of Nairobi

Caroline Wanga: Kenyan CEO Of US Magazine With Over A Million Readership And Her...