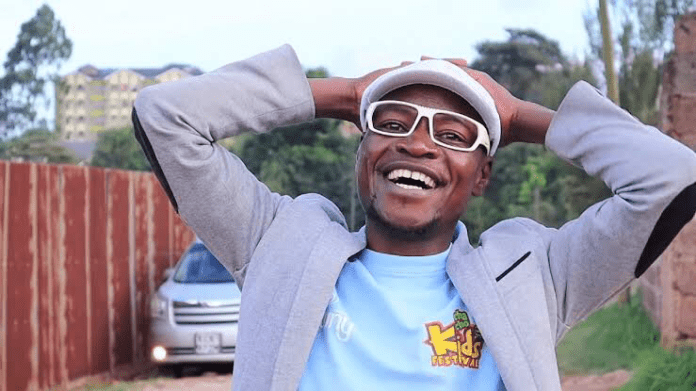 Churchill Show comedian Michael Omuka, popularly known as Smart Joker, has disclosed how he spent money he got from his first endorsement deal.

In a past interview on NTV’s Churchill Show Journey Series, the comic said he bought his mum a piece land after landing the lucrative gig.

Smart Joker was contracted by the government to be the ambassador of the Great Digital Migration.

Smart Joker said his decision was inspired by his mother Who lived on a disputed land and she had no peace because the it had no tittle deed.

“Haina title deed, ukitrace back even the seller doesn’t know where the title deed… Niliona hivo nikajiambia digital migration imenipa kiwangi hichi cha pesa and I decided to buy my mum an acre of land somwhere in Lugari,” he added.

In a related story, Smart Joker confessed to using part of the money he made from the deal on women whom he referred to slay queens.

He also noted that some money was stolen from him by women he entertained and brought to his house. He said this happened way before he met his lovely wife.

“Slay queens walinichanganya. Kwanza hapo Kinoo! Wacha tuu (they confused me especially the ones from Kinoo). Walikuja wakazichukua kwa nyumba (They came to my house and took my money by force)

According to a report on WoK, the comic got the name Smart Joker while in high school.

He got the name from a group called ‘Kumnyamnyam’ squad which used to tell him that his jokes are funny and his presentations smart and so he started calling himself Smart Joker.

He holds a certificate in Broadcast Journalism from the Kenya Institute of Mass Communication.

Top Hotels In Machakos & Their Owners