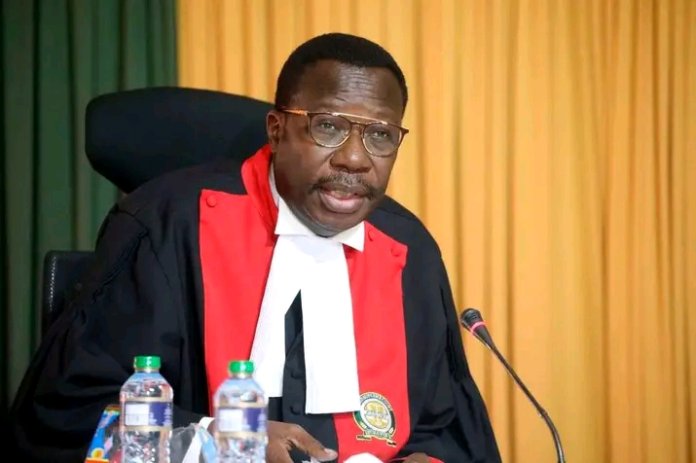 In one of his most famous quotes, William Shakespeare posits that some are born great, some achieve greatness, and some have greatness thrust upon them. It is without doubt that Supreme Court Judge Smokin Wanjala is a man whose legal profession speak of greatness. Wanjala has had a lot of achievements and is skilled in multiple disciplines of law. This article will take a look at Justice Wanjala’s life and biography.

He was born on 22nd June 1960 and went on to attend Sigalame High School in Busia County. The institution is known for posting good academic results and also excelling in co-curricular activities especially in basketball and music festivals.

The father of two pursued a Bachelor’s of Law degree at Nairobi University then went on to enroll for a postgraduate diploma at Kenya School of Law. He holds a Master’s of Law (LL.M) from Columbia University and a Doctorate of Law (PhD) from University of Ghent in Belgium.

Wanjala began lecturing at the age of 26 when he was employed as a tutor for his alma mater. He lectured for 19 years and left UoN in 2004 after attaining the echelon of a senior lecturer.

The supreme court judge was the first chair of the Public Complaints Committee (PCC) which works with the National Environmental Management Authority (NEMA) in efforts to conserve the environment. Wanjala was the founder member for the Centre of Law and Research International (CLARION).

He was appointed as a Supreme Court judge in 2011 and has served as a member of the Judicial Service Commission, specifically as a chair of the Human Resources and Administrative Committee. As judge, he has been on various benches that have heard and determined presidential polls petitions in 2013, 2017 and 2022.

Wanjala is known to put lawyers to the task by asking clarity on various contentious issues. For example, while seeking for an answer on the variance between presidential votes tally and the other seats during the nullified 2017 elections, Wanjala left a lawyer clearly unable to explain the matter.

In 2022 presidential polls petition, Wanjala left the court in laughter after he poked holes into the submission of lawyer Kioko Kilukumi who used the popular King Solomon story which two women were embroiled in a conflict over ownership of a newborn. According to the Bible, one woman who was the rightful mother of the baby declined cutting it into two, instead opting that the King gives the baby to her protagonist.

But Wanjala asked Kilukumi whether his client, Dr. William Ruto was willing to relinquish his ‘victory’ to the main petitioner, Raila Odinga, something which  amused the court.

“I also remember that one of the mothers who turned out that according to Solomonic wisdom could not have been the mother, was the one saying cut the baby, but the other one said No, let her take the baby because her interests were to  preserve the baby…Would you be willing to advise..”, said Wanjala in an incomplete statement.

Peter Nduati: Entrepreneur Who Made His First Million In 20s, Went On To Build...