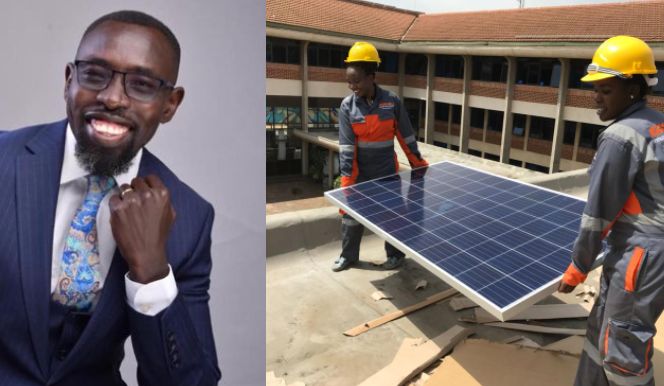 The story of Tim Kipchumba is an inspirational one which prominently features on creating an impact in the society and building a strong  entrepreneurship nous. Kipchumba rose from a humble village in Marakwet to being an author, mentor and cofounder of Questworks, a company with interests in procurement, engineering and construction.

Here is his story as chronicled by WoK.

Kipchumba grew up in Kapkomora village in Elgeyo Elgeyo Marakwet County. However, while still young, his dad was involved in a terrible accident which broke his skull and left him in the intensive care unit. Even though he recuperated fully, the family’s patriarch passed away in 2012 after battling multiple myeloma.

Tim Kipchumba’s secondary school education at Chebara High School  was funded by a World Vision scholarship. He went on to matriculate at Strathmore University for a Bachelor’s of Business Information Technology degree which was also under a scholarship. The witty Kipchumba graduated with a first class honours.

The entrepreneur landed a job that earned him Ksh 30000 monthly. As a young dad, Kipchumba recalls that the pay was barely adequate as his expenses depleted the entire salary. Financially, he was going through the wringer and sometimes he was forced to do the unimaginable by asking for funds from his househelp.

“I finally got a small job but then you know you earn 30k shillings in Nairobi and live in Rongai and you have taken a small loan for your small brother who is going through college. I was barely making ends meet. As a matter of fact I would ask our house girl at the end of the month to loan me the 2k that she would earn those days,” Kipchumba told journalist Eric Latiff in a past interview.

Picking up the slack

To make his life better, Kipchumba had to do something and he began contemplating venturing into business. He told his wife about the decision and she advised that they first had to have at least one year of rent with them. The industrious Kipchumba had written a book titled ‘Unstoppable’ which was meant to inspire high school students and was slowly penetrating into the market. Through the book sales, he was assured of an income stream that would take care of his needs.

In 2012, he picked up the slack and cofounded Questworks, a contracting company that is currently among the movers and shakers in architecture and renewable energy (solar) in Kenya. Other founders were Dr. Raul Figueroa, Amarjit Virdi and Dominic Chesire. Aged only 27, Kipchumba was the youngest founder.

Questworks employs 130 engineers, risk analysts and technicians who deliver on their projects. According to their website, the firm has bagged various multimillion projects such as Kenya School of Monetary Studies 2MW rooftop solar design, Nairobi West Hospital expansion and Strathmore 600KW solar project. The company also built the Vivo Energy Oil Depot in Nanyuki and Pacis Centre in Nairobi. The company takes credit for delivery of one of the largest solar plants in East Africa which according to Kipchumba is able to generate 98MW of power and is based in Eldoret.

Currently aged 37, Kipchumba has been recognised by Business Daily twice on the top 40 under 40 segment. He also had an opportunity to address the UK parliament in 2017.  Additionally, Kipchumba runs a mentorship organisation called Mentorthorn which has been successful in providing career and personal development lessons to high school students. Currently, he is being touted as one of the contenders who will square it out for the Elgeyo Marakwet senatorial seat should the incumbent, Kipchumba Murkomen get a Cabinet slot.
Facebook Comments

Justina Wamae: Inside The Illustrious Career Of Wajackoyah’s Running Mate

How To Check KCSE Results Via SMS, Online