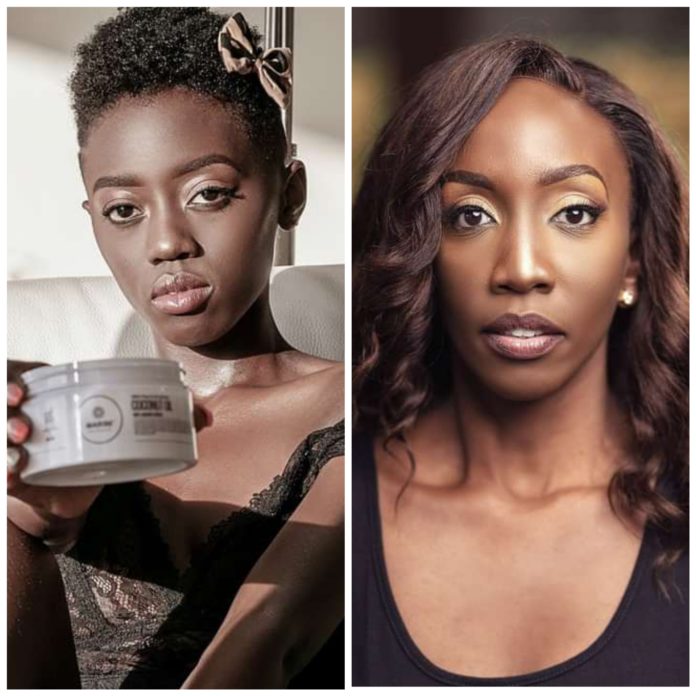 The blacker the berry, the sweeter the juice-Wallace Henry Thurman

Young women are undergoing skin lightening procedure to enhance their looks. This phenomenon is not only prevalent in Kenya but many other African and Caribbean countries where black women have been made to believe that light is beautiful compared to a black complexion.

This article will feature ten female public personalities who have maintained their dark complexion and look incredibly irresistible.

She is a renowned actress who has been featured on movies that have attracted millions of viewers globally. Lupita has won numerous awards including the Academy Award, becoming the first Kenyan to scoop such a prestigious award. Her skin richly African and suits the roles she plays.

She is best remembered for her roles in Black Panther and 12 Years a Slave.

Outspoken Citizen TV news anchor Yvonne Okwara is an A-list journalist who best embodies ‘black beauty’. As featured in our previous article, she was born in Western Kenya and initially worked in a city hotel, earning a paltry ksh 150 a day before she broke the glass ceiling in media.

She is the daughter to musician Esther Akoth (Akothee) and has made a name for herself in the modelling world. Her real name is Celine Dion Okello and she was born in 1998. The dark-skinned fashion enthusiast saw her promising career receive a major boost in 2017 after she was crowned the face of Nivea.

The 41 year old songbird wouldn’t miss on this list given the fact that her magnetic dark skin glowed prompting a Nigerian apostle to seek her hand in marriage. In 2013, she walked down the isle with preacher Anselm Madubuko. Previously, Kosgey revealed that  Kalenjin men felt intimidated by her beauty and as a result neither approached nor seduced her.

She is popularly known as Awinja, a name she earned when she played a naive house-girl in the popular Papa Shirandula drama show. Jacky Vike was raised in Eastleigh and is currently 34 years old. She possesses a sparkling chocolate complexion that coupled with her slim body makes her a perfect choice for brand ambassadorial roles.

The TV queen is married to renowned Citizen TV news reporter and anchor Waihiga Mwaura. The power couple held an invite only wedding ceremony in December, 2015. Omondi is an outstanding award winning singer and TV personality who studied in US who was brought to the limelight as a host for gospel show ‘Rauka’ on Citizen TV. Below is her photo:-

Esther Akoth is known for her controversial sentiments that have earned her the tag ‘president of single mothers.’ Akothee is thought to be a lady of means who savours life on the first lane and earns big money through brand ambassadorship, music and entrepreneurship.

The former Tahidi High actress is also currently an actor in the new Citizen TV show “Zora.” She acts alongside Sara Hassan whom she had worked with in Tahidi High. She performs her role so effortlessly and natural making the show interesting to watch.

Apart from acting, she is a social media influencer and also the brains behind Fabulously Forward, a beauty place that offers various services and accessories.

Her real name is Eunice Njoki and she was raised in Kibera. Just like many youths, Mammito struggled to secure an employment opportunity after college and she tried going for auditions on Churchill Show. Her her efforts were futile until she finally got the opportunity. Below is her photo:-

Her real name is Stella Buinie and she studied information technology at the Jomo Kenyatta University of Agriculture and Technology before switching to the laughter industry. She finally made her way on Churchill show thanks to her creative jokes that amassed her thousands of adoring fans.

Catherine Kamau, popularly known as Selina, found a fertile ground to nurture her acting skills in the TV program Mother in Law. After exiting the sitcom, she continued to bring laughter through funny short videos she shared on her social media platforms handles. The 33 year old has also featured in her own production ‘Sue na Jonnie’ in 2017, plan B in 2019, and Disconnect in 2018.

Minaz Manji: Kenyan Behind Safari Company Named The Best In The World