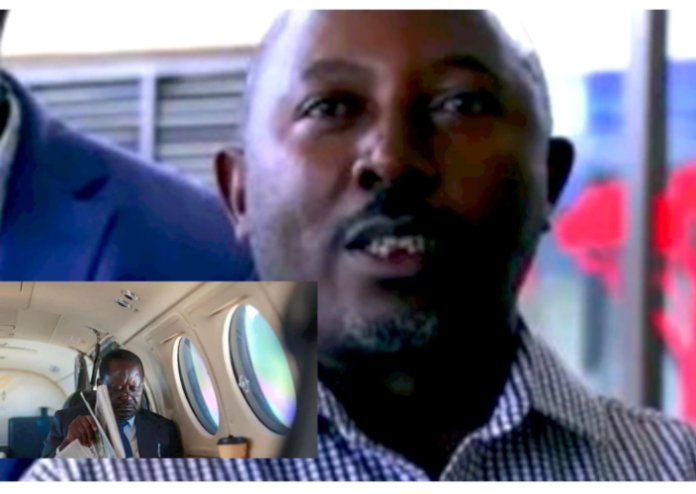 Owning a plane in Kenya can be a very expensive undertaking. These birds prove to be very effective especially in the electioneering period when politicians have to hop from one destination to the next at the shortest time possible to woo voters. In 2021, Kiambu business magnate David Njuguna bought three airplanes to be used for his cargo business and one for his personal use. The remaining plane, he donated to the Right Honorable Raila Odinga to be used in his campaigns.

Here is what WoK has compiled about the transaction.

David Njuguna is a renowned businessman based in Kiambu County. In 2021, the Kenya Airports Authority (KAA), issued a public notice announcing that it was auctioning 73 aircrafts parked at its four major airports across the country.

The planes were stalled at Jomo Kenyatta International Airport (JKIA), Moi International Airport, Wilson Airport and Lokichogio Airport. At JKIA, there were 17 functioning aircrafts that were put to auction with the highest bid being Ksh 5.1 million. Njuguna participated in the bid and went on to acquire three planes which included a military airforce jet.  Speaking during a past interview with Reuters, the businessman revealed that he will donate one aircraft to Raila Odinga’s campaign.

“The cargo one is for business, the jet one is going to be for personal use, and the other one we are going to support Baba Raila Odinga in his campaigns. We are going to donate one to ODM,” he said.

KAA put up to auction all the remaining uncollected aircrafts with the lowest and highest bid going for Sh5,000 and Ksh1.6 million respectively. In a notice to the public, KAA invited all the interested bidders to participate in the auction at their offices.

The aircrafts included those owned by local and regional airlines as well as those owned by private individuals. Some of them were put on auction after the owners defaulted to clear the outstanding parking fees charged at the airports. Parking fees at Jomo Kenyatta International Airport (JKIA)) is Ksh 2,707 daily for large aircrafts and Ksh 1,625 per day for small aircrafts.

A number of the disposed aircrafts were sold including a Somalia military aircraft which was sold at Ksh 78,000. Another Boeing plane was acquired by businessman Emmanuel Ngetich at Ksh 1 million who went on to establish a multimillion club on board the plane christened Club 034 in Kitengela, Kajiado County.

Delilah Asiago: The Fall Of The Athlete Who Made Millions From Career Now Surviving...