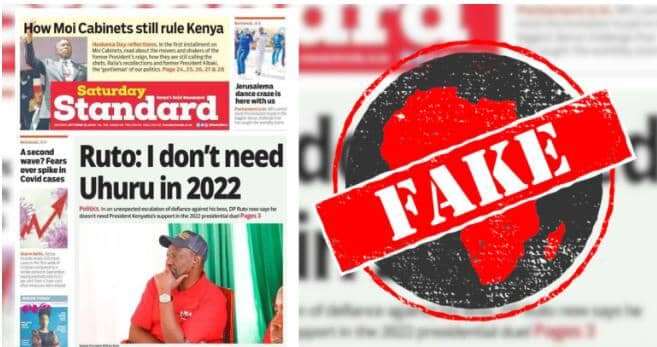 In August this year, Kenyans will ready themselves for the ballot for the general elections. Similar to previous years, the electioneering period is marred by incidences of fake news, malicious reporting, and as most recently pointed out, bias reporting by some digital news platforms and media houses.

For the general public, the media is a vital tool for relaying through various platforms including social media, television and radio. However, these platforms have to some degree facilitated the violation of basic human rights including data breaches, misinformation and malicious spread of unverified news. In some cases, successful malicious news completely alters a person’s public image. Consequently, the targeted individual could lose votes, like in the case of elections.

Fake news is categorized into two.

During the electioneering period, politicians and contracted individuals have been known to leverage social media to advance fake news about their opponents. This is in most cases altered or false information aimed at tainting an opponent’s image. Research done has shown that online manipulation and disinformation tactics play a vital role in magnifying tension that sometimes leads to violence.

Kenya, like other countries across the globe, has sought to regulate the proliferation of fake news. However, criminalizing publications has been countered by violation of people’s freedom of expression and that of the media. To what extend a person’s freedom infringes on the privacy of another is a gray area that the justice system is yet to shed light on.

On the basis of the above considerations, heated political periods have abused basic human rights. While the spread of fake news is funded or sponsored through several vested by human behavior, the very grave effects of it threaten peace across the country.

However, all hope for just reporting is not lost. To arrest the generation of fake news, sites like Twitter, Facebook and Instagram have a reporting system that automatically deletes malicious accounts and posts every day. All this said, the most effective way to fight this violation, dear reader, is responsible use of the powerful tool that is social media. Having the ability to discern what is right or wrong will in general aid in the overall taming of fake news.

Andrew Simiyu: The Vanilla Farmer Making Upto Sh25,000 Per Kg From The Crop

Joe Kibe: The Billionaire Who Chaired The Council Of Murang’a Billionaires