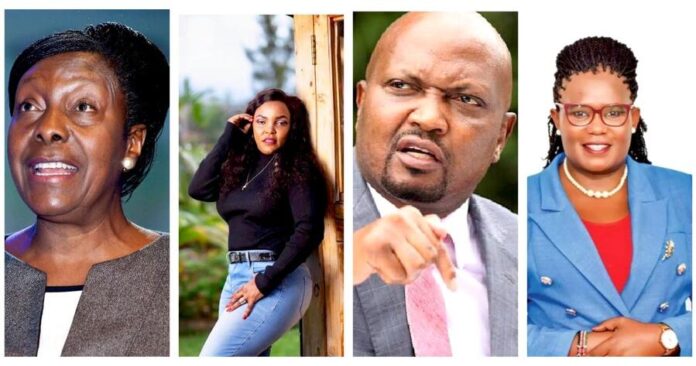 Kenya has one of the most vibrant media in the region. This, coupled with the freedom journalists enjoy, has seen the number of TV and radio stations steadily increase.

In this article, WoK takes a look at some of the media stations owned by Kenyan Politicians.

She is the newly elected governor for Meru County after clinching the seat in the hotly contested August 2022 general elections. The politician whitewashed Kiraitu Murungi and Mithika Linturi to win the county’s top seat after garnering 209,148 votes. Mwangaza who served as the Women Representative for Meru County from 2017, is married to musician Murega Baichu and together they own Baite TV. The TV Channel broadcasts in the Ameru vernacular language and is quite popular in the Mount Kenya region. The couple also own Mwangaza TV – an online Christian-based free to air TV Channel where they stream live their Sunday services at Baite Family Church.

Abdulswamad Shariff Nassir, popularly known as ASN, is the newly elected governor of Mombasa County after succeeding his longtime friend Ali Hassan Joho. ASN served as the Member of Parliament for Mvita Constituency since 2013 before clinching the gubernatorial seat in his first stab. The politician owns Radio Rahma which is quite popular in Mombasa county and the coastal region at large.

Uhuru Kenyatta is the immediate former President of the republic of Kenya after serving for two terms. He is the owner of MediaMax limited which operates K24 TV and Kameme TV. It also operates a number of radio stations including Milele FM, Kameme Radio, Mayian FM, Emoo FM, Msenangu Fm and Meru FM. The company also owns the People Daily Newspaper and e-paper.

The Moi family are shareholders at the Standard Media Group which operates KTN Home and KTN News. The group has three radio stations-Radio Maisha, Spice FM and Vybz FM. It is also known for producing the popular Standard Newspaper.

Chirau Ali Makwere is a renowned Kenyan politician who has served in the government in different capacities including as a foreign affairs minister and transport minister. He currently serves as the Chairman of Wiper political party. The politician owns Radio Kaya which is very vibrant and popular in the coastal region.

The ex-Gatundu South MP owned the now defunct Fanaka TV. The channel aired business related news and was at one time headed by Terry Anne Chebet.

Sarah Joslyn: Meet The House Help Who Inherited Sh74 Million From Her Boss