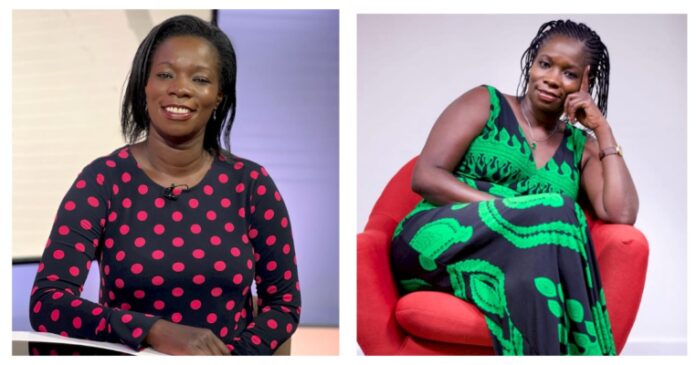 Her mien and presence fills a room. She is that person you want by the fireside telling stories without stopping. Apart from the vividness with which she tells her journey from a quiet hamlet in Gatanga, Lydiah Gitachu is many other things in one-an award-winning actress, creative entrepreneur, a scriptwriter, stage, TV and film stage director. And you will find her hosting Karaoke in top city clubs.

Here is her journey as told to WoK by the actress.

The actress had a rough start in life but she did not let that define her future. She was brought up by her grandmother who played a key role in her career as an actor.

Her grandmother sent her to stay with her aunt and life took a nightmarish turn. She suffered sexual abuse at the hands of her cousins who forced themselves on her. Lydiah’s uncle was an alcoholic who would throw them out of the house when he felt like it.

“He would beat my aunt almost every day and he would also throw us out. The only good thing is that he never picked on who to send out, he sent all of us. There was a struggle for food in the house. My aunt was also bitter because I used to perform well unlike her kids.”

She left the household after her grandmother learned of the abuse meted out on her.

“I used to work on my grandmother’s farm picking coffee beans and tilling the land. I had pronounced fissures on my feet. Through this, I was able to learn the values of hardwork,” she told this writer.

Even with odds stacked against her, Lydiah performed well in school. The Komothai Girls alumna knew her path was in the arts. She relished popular TV programs in the 90s like The Bold And The Beautiful that were pretty much her tutorial in acting. After her O-levels, she harboured dreams of traveling to the US to join her two brothers who were already settled there.

After two years of waiting, the 45 year old realized it was time to get a life in Kenya. She did a course in tours and travels in Gatanga as she was charting her future in acting. The actress went on to pursue a course in accountancy at the Kenya College of Accountancy.

Her passion in acting was revived when a group staged a play in their church. The brazen Lydiah asked the coordinator how she could join the group and that’s how she found herself at the Kenya National Theatre. She asked Ksh200 fare from her grandmother who was adamant at first but curved in after much convincing. Her first gig was a big flop. The organizers had not marketed the event and the attendance was extremely low.

With no money, she went back home looking crestfallen and penniless. It came as a surprise when again she asked her grandmother for another Ksh200 for a return trip to KNT. With reservation, she accepted and gave her the fare.

The actor was able to save Ksh6,000 and this time round she went back home with her head held high as she surprised her grandmother with shopping.

Things took a turn for the better when she landed a role in the set book the Burdens by John Ruganda in 2001. She played Tinka, the main character. By this time, Lydiah had become a big name in her own right. The organizers were to pay her Ksh700 but she managed to convince them to top it to Ksh1,000 if the shows were a sell-out. The hall was packed to the brim but when she went to ask for the agreed amount after the show, they reneged.

The now noticeable actress was kicked out of the show but as fate would have, she was called for another play she had auditioned two days prior to casting on the Burdens.

“I got a call informing me that I had been shortlisted for Winds of change and told to be on set the next day,” the actress shared.

“It was a big deal since I received the highest pay yet. Ksh4,000 per show which translated to Ksh28,000,” she narrated.

She moved to her own place in Eastleigh, bought a meko, mattress and TV set to keep her busy and at the same time learn from established actors. The actress further honed her skills at Phoenix Theatre under the tutelage of the late legendary actor James Forkland.

Her first TV show was Reflection that was aired on National broadcaster KBC. She became a household name in Kenya when she played teacher Chebii on Tahidi High. Since then, Lydiah has been many other characters and she is seemingly not stopping.

But it’s Taking the Falk-a TV series by BBC that ushered her to the big money and international recognition.

“I installed power in my grandmother’s rental houses and bought her households items including a fridge. I also moved to South C from Eastleigh,” she added with pride written on her face.

Lydiah Gitachu traveled the world and played in some of the biggest stages. She did a three month tour in the UK with Trestle Theatre Company in 2010. She played Mugo, a 14 year old in the book by Beverley Naidoo titled Burn my Heart. The actress has also been to the US on acting engagements.

Wycliffe Oparanya Net Worth And What He Owns

Most Guarded Streets & Buildings in Kenya