Magdalene Nzisa Musau popularly known on Facebook as Kelitu Kaseo is the Founder of Victoria Sands Lodge and Takawiri Resorts-both in Mbita.

She is the founder and admin of the popular Facebook page dubbed ‘Kilimani Mums.’

Nzisa had an illustrious career in both the private and public sector.

She saved religiously and used the money to set up her business. It finally paid off and she was able to retire when she was 45 years old.

Magdalene Musau alias Kelitu Kaseo graduated in 2000 with a law degree from the University of Nairobi. She started her career journey as a young lawyer in Nairobi as she dabbled in other businesses on the side. 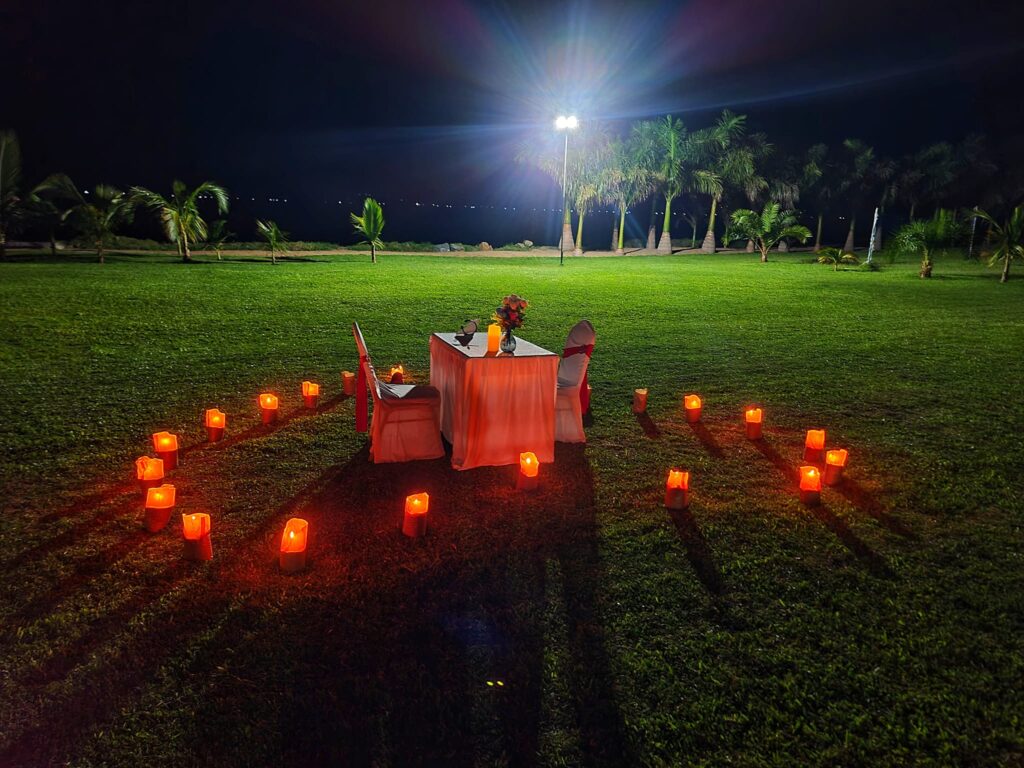 “When I was a young lawyer, those first six years, I really couldn’t save much, especially with two young children. But I honed my entrepreneurship skills at the time. I tried everything – farming in Sinya, got a certificate for flower export, I tried my hands at charcoal trading, and even ran a boutique as a hobby, as I always felt under pressure to make my own money, in-spite of being married (at the time) to an academician who is now in the Judiciary,” she told the Daily Nation.

After six years in the legal field and trying her hands different business ventures, she landed a job in the government as the first deputy director of the Anti-Counterfeit Agency, tasked with protecting intellectual property and original brands and goods across Kenya. 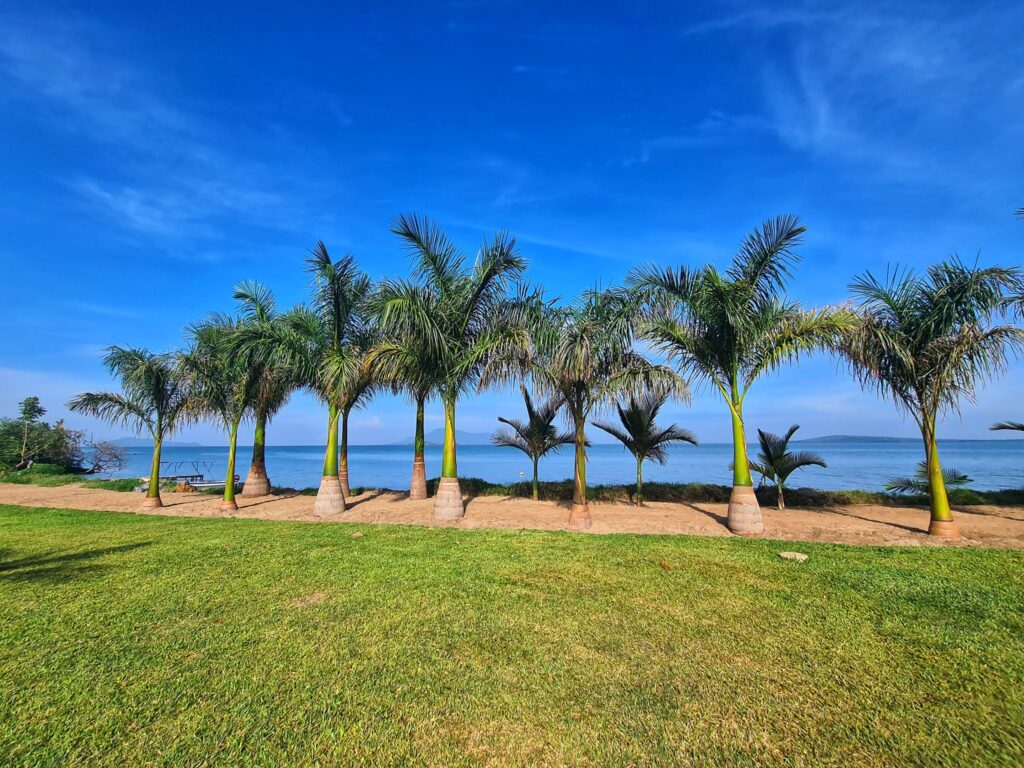 It was during this time that she started the savings culture in a bid to retire early. In 2011, she got a lucrative job with Diageo, the British multinational alcohol and beer company with its headquarters in London.

The company is the world’s second largest distiller operating in 180 countries across the world. The job gave her the exposure of traveling to different countries including South Africa, West Africa, Ethiopia, United Kingdom and Egypt. 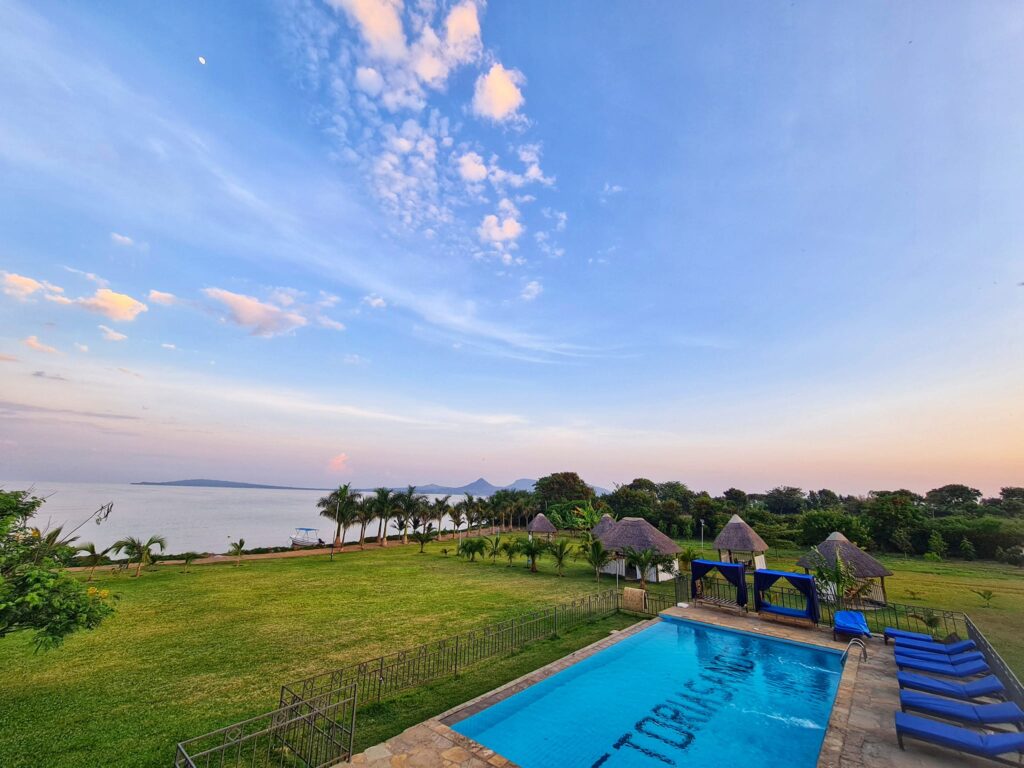 “I was spending a week, then a fortnight, then three weeks every month away at work in foreign countries, which means sleeping in hotels of very high standards,” she said.

This exposure is what led her to invest her savings into the hotel business. Magdalene Nzisa started carrying a notebook to write down the interesting details she observed in the hotels.

“I started carrying notebooks and doing sketches of beds in South Africa, the hotel architecture in Egypt, room designs in Ethiopia, and the idea of what my hotel would look like formed,” she explained.

In 2019, Nzisa bought a property in Mbita constituency and in 2020 she began constructing her hotel.

“I started building in January 2020, but then Covid-19 struck in March, and I was stranded both workwise (as airlines stopped all travel) and with an incomplete hotel, which I was terrified would ruin my retirement, as it would have no visitors as no-one was moving,” she said.

She however remained determined and pushed herself to complete the hotel by the end of 2020 which is now dubbed ‘Victoria Sands Lodge.’ She quit her job to fully focus on the hotel. 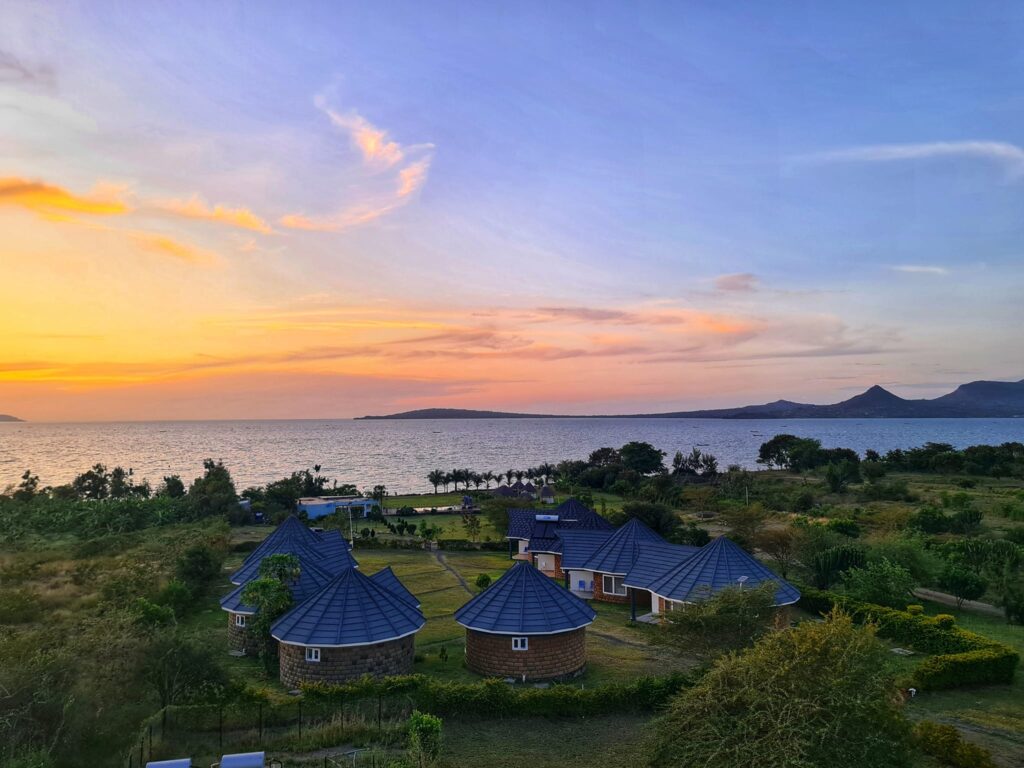 Following the success of the first hotel, Nzisa has since began construction of another hotel dubbed ‘Takawiri Victoria Sands Resort’. Nzisa is now happy as a hotelier having fulfilled her dream of retiring at 45 years old.

“I had this dream of working for a quarter-century at most, then retiring to a life of leisure by 45, when I still have the energy to do the things I’ve always wanted to do. You see so many folks who retire at 60, then they sit around waiting for death, or else they just meddle with their children and live only for their grand-kids.

From A Saleslady To Founding Motor Shop Dealership With Zero Capital: The Story Of...