Peter Wambugu is the founder of Wambugu Apples which is situated in Laikipia County.

The businessman runs his 10-acre apple farm with the help of his children Martin Wambugu, Samwel Wambugu and Catherine Wambugu.

In this article, WoK looks at how Peter started apple farming and how he has successfully managed to maintain it.

According to Catherine, his father started apple farming on a one-acre piece of land while living in Nyeri County.

Peter came across a wild apple in the forest which he picked and propagated it with the Kenyan breed and planted on his farm.

The move inspired by his interest in apples was the beginning of Wambugu Apples which has been in existence for 24 years.

“He got seedlings from the forest where white people did apple farming. He took the plant and propagated with the Kenyan apple from Aberdare forest. That’s how the company started,” Catherine revealed while speaking on Utmost Precision.

With the unemployment crisis in Kenya, Peter introduced his children to apple farming and they are hugely involved in his trade.

Catherine explained that when they joined their father, they were handling tasks like digital marketing of the fruits and quality improvements.

They also handle things like ensuring proper spacing of the fruits and lookin for the best market for the fruits.

On the other hand, Martin explained that he uses apple farming as a business opportunity since most people were moving to urban areas.

“I looked at available opportunities and tried my luck there. Since most youths are not into farming, I realized that when most people move to urban areas, there’ll be shortage of food and fruits,” Martin told TV47.

Peter explained that the apple trees doesn’t need supplements or regular use of chemicals after being planted.

“It doesn’t have losses because it doesn’t need to be sprayed regularly or removing the circuses. Once you plant it, you will only need to add manure and water it,” Peter said.

He also mentioned that these apples can only be eaten and they cannot be used to make products such as juices and beer.

“You can’t make beer or bread jam from this, I’ve even tried to make some products out of it but they were all unsuccessful,” he said.

Peter explained that once an apple tree is planted, it will take at least one year before it starts producing fruits.

Once  it starts producing fruits, it can be harvested 3 times a year. Interestingly, when a tree grows to 5 to 7 feet, it can produce upto 4,000 fruits

“When you sum up the amount from all the farms that we have here, the least we’ve made is Ksh 4 million,” Samwel said.

Having been in the local market since its inception in the late 1990s, Wambugu Apples have tapped into the international market.

By 2020, the company was exporting its produce to a buyer in Netherlands.

To sell to the international market, the company had to sought certification.

“Having being in the local market for over five years, we had to register our fruits and get the proper certification because the international market requires all these processes,” Catherine said.

The company had also had a fair share of its challenges which include getting land to expand their venture.

They are, however, grateful for the available land which they currently use to farm the apples.

Catherine also explained that birds are a menace, however, noting that they are working on ways to curb them.

“One of the major challenges is getting a land, we had to buy land. That’s why we moved to Nyeri to this place even though getting the land was not easy

“The other big challenge we have is the birds, they poke fruits but we had to accommodate that as we look at the proper way to deal with that,” she said. 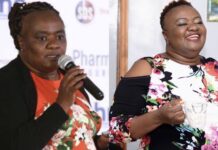 How Much SportPesa Makes In A Day

Everything You Need To know About Forex Trading in Kenya