Wildlife conservation in Kenya is synonymous with Dr. Paula Kahumbu. She is well known for her campaign and efforts to protect elephants. She serves as the Chief Executive Officer of Wildlife Direct and was recently appointed to join the National Geographic (NATGEO) trustee’s board, making her the first Kenyan to hold such a position.

Dr. Paula Kahumbu was born on 25th June 1966 in the suburbs of Nairobi, Kenya. She acquired her primary and secondary school education from Loreto Convent Msongari where she was mentored by renowned conservationist Richard Leakey. She received a scholarship from the government of Kenya to study Ecology and Biology at the University of Bristol. She went on to join the University of Florida where she acquired a Masters Degree in Wildlife and Range Science in 1992. In 1994 she received a Petri scholarship to complete her PhD in Ecology and Evolutionary Biology at Princeton University. In 2005 she received a Certificate in Management Development through the Gordon Institute of Business Sciences at University of Pretoria in South Africa.

After completing her PhD in 2002, she joined the Kenya Wildlife Service (KWS) and led the Kenyan delegation to the International Convention of Endangered Species. In 2004 she was appointed as the Executive Director and CEO of Wildlife Direct, an organization co-founded by her mentor Richard Leakey. In 2014, she pioneered the ‘Hands off Our Elephants’ campaign to put an end to the increase of elephant poaching and ivory trafficking. The campaign has since received significant support from the first lady Margaret Kenyatta.

In January 2022, she was appointed to join the board of trustees of the National Geographic Society becoming the first Kenyan to sit on the board. She is also a trustee of the Prince Albert II of Monaco Foundation and the Maun Science Park Botswana. She currently lectures conservation students at Princeton University where she leads an undergraduate course in community conservation. She is also in the media space serving as the producer of NTV Wild, NTV Wild Talk and as a contributor to the Guardian magazine. She has co-authored three children’ books and serves as the Chairperson for National Museums of Kenya. 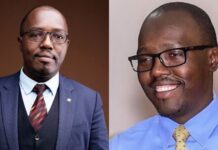 Nelly Cheboi: The 2022 CNN Hero Of The Year, Her Journey To International Fame...