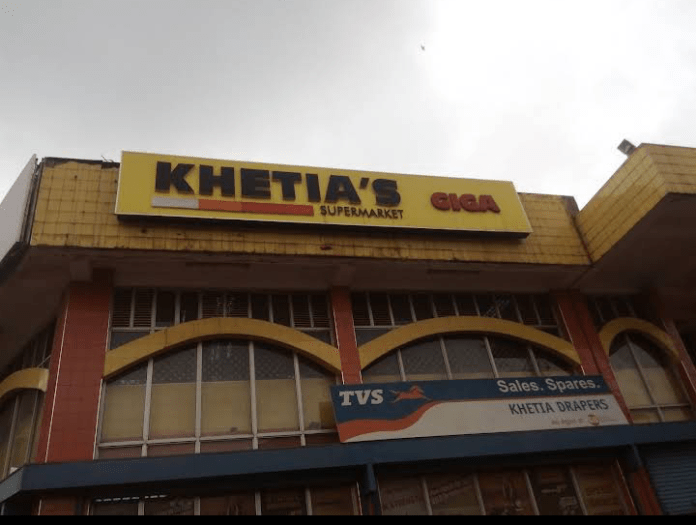 With retail giants like Tuskys and Uchumi lying on their deathbeds, it can be said that the supermarket business is one which requires effective management to succeed. But one firm has remained unflinching and is slowly raising the bar for other retail businesses in Kenya. This is the story of Khetias Drappers Limited which is a family venture under the management of Ashok Khetia.

In 1982, the journey of Khetias chain of supermarkets began in a small North Rift town of Kitale. Khetias started as a wholesale shop in Laini Moja, a place that is currently known for booming mtumba business.

With only two employees, the wholesale shop began hawking their products to the rural areas of Trans-Nzoia using a pickup. The business then expanded and opened various wholesale shops in Webuye and Bungoma. Their unprecedented growth forced them to acquire a fleet of canters with a goal of reaching the remotest parts of Bungoma.

In early 1990’s Khetias made a major development milestone when they  acquired distribution partnerships with Kaluworks, Lion’s Brand and major mattresses companies.

And in 1994, Khetias put up their first retail supermarket in Bungoma town before building the second one in the same town in early 2000’s.In a few years time, Khetias put up what was then Kenya’s biggest shopping supermarket called Gigamart that is located in Kitale CBD.

In between 2006 -2010, the giant retailer purchased Kabarnet Mineral Water Company and purchased property in Eldoret, Kakamega, Kisii and Kericho. Khetias Eldoret multi-storey supermarket complex was set up around 2012.

Currently, Khetias has other branches spread across Kenya including Busia, Kakamega, Kisumu, Naivasha and Nairobi (Mirema Junction Mall). By the time of this publication, Khetias has a total of 18 shops countrywide.

The supermarket is owned by Khetia family based in Kitale but is under the management of Ashok Khetia. While opening the Naivasha branch a month ago, Ashok attributed their success to ‘playing the cards right’ and remaining determined.

“The retail business is very tricky (but) if you play your cards right then you are able to succeed in this business. No matter how difficult it seems to be, we won’t fear taking a step forward. We remain committed to progress,” he told TV 47.

Under Ashok Khetia, the retailer owes its success to incorporation of biometric and smart card systems to human resource and financial systems. Additionally, Khetias is known to give discounts while rolling out multi-million rewards to customers especially during the festive seasons. They also operate bakeries and fast food restaurants within their premises.

It is reported that Khetias Drappers Limited (KDL) is currently working on a partnership with Society Stores which is owned by Trushar Khetia, a 34 year old entrepreneur who had isolated himself from his relatives managing KDL. The partnership will undoubtedly make Khetias rank in the giant list of retailers chains in Kenya.

Trushar Khetia is a well known businessman who was educated in University of Manchester and started his empire by buying an existing supermarket in Thika. Within 2 years, Trushar had a chain of 6 supermarkets distributed in Central Kenya under Society Stores.

Trushar’s success is attributed to his desire in being an outstanding marketer. He has been previously featured on Forbes as one of Africa’s youngest promising entrepreneur.

To him, experience remains the best teacher and one has to give a 100% struggle to achieve his ambitions.

“One thing I’ve done all my life is to make sure that I believe in myself so much that I know whatever I’m going to do will be my complete best. It is either 100% or nothing,” he told K 24 in a past interview.

Chamanlal Kamani: The Tycoon Who Made Billions From Selling Faulty Mahindra To Kenya Police

Eve Mungai: I Make Between Ksh 700K To Ksh 1.5 Million Per Month