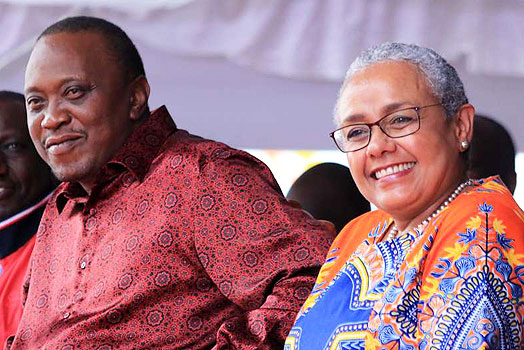 President Uhuru Kenyatta’s term as come an end. As we usher the presidency of his deputy William Ruto, WoK takes a look at the four retirements home of the outgoing presidency.

Upon retirement, President Kenyatta will receive the biggest retirement package among all Kenyan EX-Presidents after his term expires on August 9, 2022. According to the 2022/2023 Budget, Uhuru will pocket a sum of Ksh. 72 million and a monthly pension of Ksh. 667,000 once out of office.

The amount is set to increase to Ksh.79.2 million in the 2024 financial year. The amount that Uhuru will receive is almost three times the golden handshake received by retired President Mwai Kibaki of Ksh. 25.2 million.

The Presidential Retirement Benefits Act 2003 entitles a retiring president to a lump sum payment on retirement. This is calculated as a sum equal to one year’s salary for each term served as President.

After his retirement, the head of state will live in various palatial homes located in four counties including Kiambu, Nairobi, Narok and Nakuru.

The President reportedly owns a house near State House, Nairobi, constructed under his personal supervision. In 2019, reports detailed that he privately funded the house unlike the other President’s whose homes were built with public funds.

The palatial house security features include bulletproof windows, electric fences and modern alarm and security systems. The address, which is said to cost have cost the outgoing president a  whooping Kshs700 million, has a spacious lounge for treating guests, offices, swimming pool and a helipad.

Ichaweri is the native home of the president. The construction of the mansion in his home town commenced in 2018, under heavy GSU security. This house will stand side by side by the home of his father, the late Mzee Jomo Kenyatta, which is also under renovation.

His home in Gicheha, Nakuru county has over 1000 animals imported from South Africa and Uganda. In the 4000 acre farm you will find Boer goats, Brangus, Charolais, Hereford, Brahman and Ankole cows. The farm also boasts of local breeds like Borans and Sahiwals cattle.

Another mansion expected to host the president in his retirement is in the 1,000-acre Oloolmongi, Lolgorian Ward near Maasai Mara. According to Kenyans, he held an invite only housewarming party at the mansion with all guests required to leave their phones at the gate to protect the privacy of the property.

Makini Schools shake up could lead to job losses

Inside KDF Most Lethal Jets and Choppers [PHOTOS]