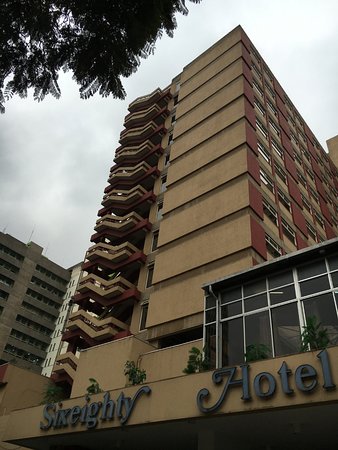 The 680 Hotel located in Nairobi has been sold for a whooping Ksh. 1.2 billion. The three-star facility has been sold to Machakos-based Maanzoni Lodges. The Hotel is part of the Sentrim Hotel portfolio associated with billionaire investor Jagdesh Patel.

Following the sale conclusion, the 680 will join the Maanzoni franchises, including the three-star lodge with 326 ensuite rooms located on a 28-acre plot in Lukenya, Machakos. Maanzoni Lodges is associated with businessman Chris Musau.

Reports have indicated that Mr. Patel contracted property firm Knight Frank to sell his eight hotels at a guiding price. Knight Frank recently signalled that the sale of the other seven hotels affiliated to Jagdesh were in the last stages of sale conclusion. These include the Boulevard Hotel, Castle Royal Hotel (Mombasa), Elementaita Lodge, Samburu Lodge, Sentrim Tsavo, Sentrim Amboseli and Sentrim Mara.

The deal comes in a period when top hotels have either closed shop or witnessed ownership changes as the sector recovers from the economic effects of the COVID-19 pandemic.

The 680 derived its name from the number of beds it had when it launched. Up to the time of its sale, it was the biggest moneymaker for the Sentrim group, raking in Ksh. 213 million in 2018. Knight Frank holds that profit from 680 can either be maximised either by renovating the building into an office block or letting the three-star hotel continue its good run.

The hotel is said to have attracted interest from both local and foreign investors. Documents sent to potential buyers only reveal three individuals as minority shareholders, with companies as majority shareholders.

Mr. Patel, Rajnikant M. Shah and Harji V. Hirani each own a share in local companies that own hotels in the Sentrim Group. The Nairobi-registered firms, Mayhouse Ltd (680), Chezer Investments (Boulevard), Newgate Management Ltd (Castle Royal) and Operation Castle (Sentrim Elementaita), own the buildings and land on which they sit.

Mr. Musau, the man behind Maanzoni, started his hotel brand as a passtime two years after he sold his Nova Supermarkets to retail giant Naivas. He has since had plans of expanding his franchise beyond Machakos County, making the 680 hotel the perfect opportunity to operate a hotel and office space in the Nairobi city centre.

Local resorts, which normally concentrate their marketing efforts on foreign tourists, were forced to turn to the domestic market by the pandemic. This forced them to offer cut-price rates to entice holidaymakers. However, the tourism and hospitality sector is expected to recover, following the ease of travel restrictions.

Bob Munro: The Man Who Built Mathare United FC From The Slums And Its...

Ivy Chelimo: How A Single Tweet Propelled Law Graduate To A Lucrative Job In...