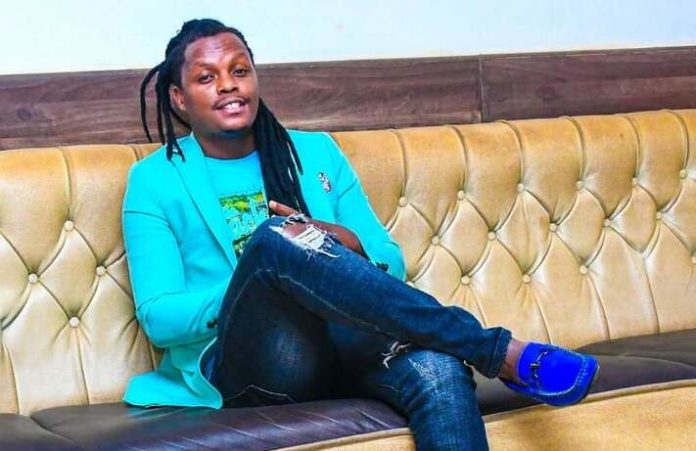 Maima, also popularly known as Kitungo Raha, is a talented musician whose captivating vocals and lyrical content have propelled him to be among the most bankable Kamba benga artists. The singer has posted numerous songs on YouTube with most having between hundreds of thousands of views to millions of views.

He was born in the early 90s and hails from the Kithungo area in Makueni county.

The benga singer previously worked with Ken wa Maria in the latter’s Yatta Orchestra. He was his guitarist and vocalist. They amicably parted ways and he started his own band.

Also Read: Ken Wa Maria Net Worth, Businesses And What He Charges Per Show

His songs have been aired both on Kamba TV and radio stations with Ka Main Switch, Wia Wakwa and Tuendee Onesa receiving a lot of attention.

Having released his first album about a decade ago, he currently has more than ten albums to his name. They include:

The talented vocalist has his ensemble music group called Kithungo Boys band. They have performed in different entertainment spots across the country. Many regard his performance on stage as epic. He has been numerously referred to as the Michael Jackson of Kamba music. They say he executes his dance moves very well and sings with astonishingly good vocals. The younger generation also appreciates his swag and the high quality music videos.  His guitar strumming skills are also considered unrivaled by many Kamba music enthusiasts.

The musician has also done a number of collaborations with other popular artists. In 2020, he featured in King Kaka’s song Mbesa. The diversity of the song impressed many fans  as it was a combination of rap and benga as well as Swahili and Kamba languages. The song was among the trending YouTube videos in Kenya.

During an appearance on a Kamba television station named Mutongoi TV, he credited God for his success in music.

He was among the Kamba musicians who were faulted for the high number of teenage pregnancies by former Kenya Kenya Film Classification Board CEO DR Ezekiel Mutua in Machakos county. He mentioned Maima among those promoting wayward behavior through their songs.

“Machakos County topped for vulgarity. Even the bands had sexualised stage names such as Katombi, Maima, Vuusya Ungu and such other profanity. The Kamba vernacular music normalised teenage sex, rape and objectification of women,” he added.

The former CEO went on to state:

“The news about 4000 girls getting pregnant in Machakos County is shocking but not surprising. In 2017, a survey by KFCB on the effects of vulgar vernacular music on the youth captured this reality….”.

Prominent Families That Have Been Disunited By The 2022 Elections