Paul Kihuha is a young Kenyan and innovator focusing on the building of prop materials for the film industry in Kenya. Paul is commonly known as Protisa, after he initiated his own company to build and design new photographic equipment. His interest for prop material building began at a young age when he watched and compared Kenyan films to international ones.

As a child, Paul learned from his mechanic father about metal work and slowly begun to build his craft through what he calls pure interest and God-given talent. As a child, he also made small robots and toys.

Paul only reached primary level of education, and never went to secondary school. He says that after primary school, he worked extensively with his father and managed to carve out a career path in a similar field.

At the beginning of his career, he majored in woodwork, furniture building and other metal work at his small workshop. Later on, he expanded to the building of video production equipment. He pitched his first props to small shops in River road Nairobi in 2014 with hope to build a market for his products.

At the beginning, he admits that it was hard to penetrate the market, as people were still not well versed with the products he was making. It is for this reason that he began to produce his short films to demonstrate the use of his tools in 2013.

At his workshop, Paul has displayed several sets for films, for example hospitals, garage, gym, etc. This he does using different locally sourced materials like wood and metal. He uses these materials to make props for use by actors and directors in the film and production industry. Taking into account that there is no prop house in Kenya, Paul has a high demand for his products. On a good day, he can make Ksh. 100,000 from orders by repeat and new clients.

Paul has been able to sell his products to clients in foreign countries including South Sudan, South Africa, Ethiopia and Tanzania. Throughout his career, he has trained about 48 youth on prop-making. He adds that he will continue to train more and enable them to add on their skills.

He insists that his products are more affordable and readily available for the local market. His appeal to the local film industry id to embrace local manufacturers and locally made products. 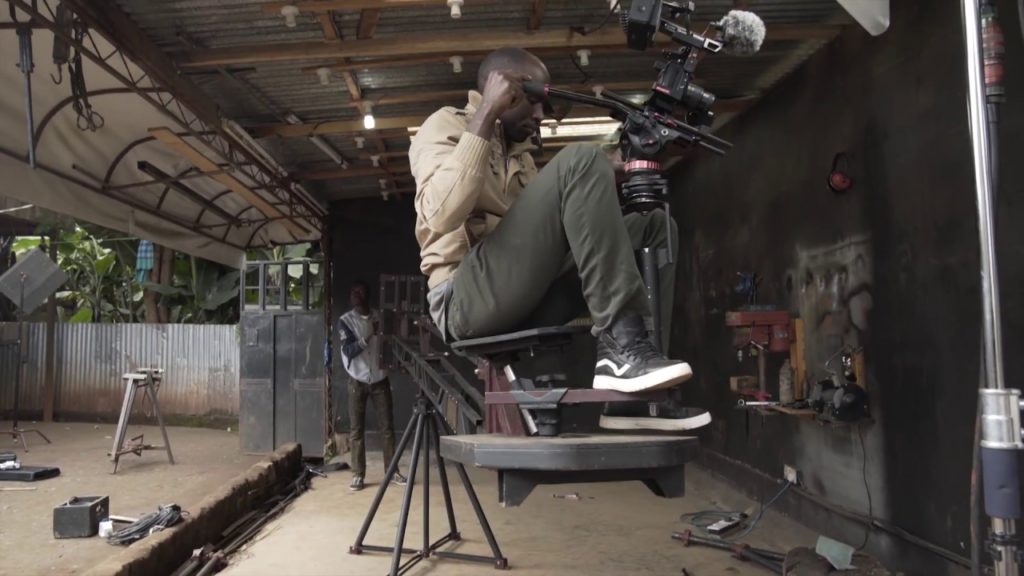 When asked about his greatest challenge in his venture, Paul cited the difficulty in acquiring licensing to make his props and establish a prop house. He has mentioned that obtaining a license for his business has been a challenge, especially because people still do not grasp the concept of making props. He however insists that he will keep going and will not give up in his pursuit.
Prop making is an art that is accepted worldwide, with a huge market in the film industry. With the right industrial support, Kahuha is optimistic that his business will flourish over time.

His advice for the youth who want to take a similar career path is to keep going and not give up.