Timothy Makofu Kinyanjui is a UK-based Kenyan politician. He currently serves as the councillor of the West Swindon Parish, Toothill ward, in the UK. From humble beginnings he has risen to make a name for himself in the European nation.

Makofu’s story best describes the tale of Kenyans, or even people from other parts of the world, moving to Europe or the US for greener pastures. For over 20 years, he worked his way from casual jobs to elective office.

WoK in this segment, brings you the story of the Kenyan born politician, living his dream in the UK. 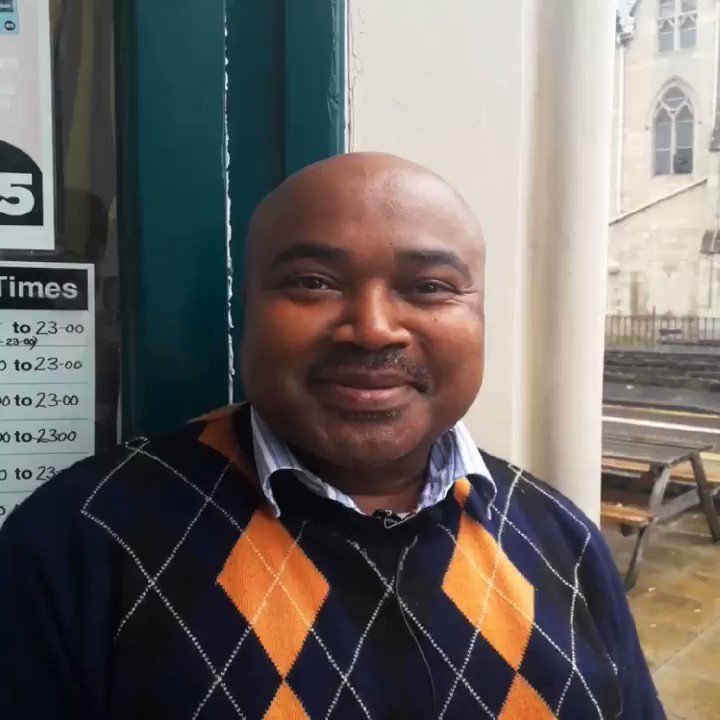 Makofu was born and raised in Githunguri, Kiambu County.

He attended A.K Magogo Primary School in Gathanji, before proceeding to St Joseph’s High School Githunguri. After that he later proceeded to Europe for greener pastures.

When Makofu first landed in Europe, he lived in Germany and and after a short while, his cousin invited him to the UK where he first worked in a warehouse before becoming a forklift driver. He climbed the ladder and later worked for Swindon Pressings.

Speaking to Alex Chamwada on the Daring Abroad Show, the politician revealed that he tried his hand in various businesses before establishing a shop, where he delt with imports and exports.

In 2004, he began importing curios from Kenya and selling them in the UK. He closed the shop since people in the UK were not as enthusiastic with the curios as tourists are when they visit Kenya.

He later ventured into transport and logistics business. At one time, he imported Volkswagen Kombis from Kenya and sold them in the UK where they were transformed into camper vans.

Makofu also tried his hand in money transfer. He owned a bureau and people used to go to him to send money back home. From the same office, he ran a shipping business as well.

Makofu who has lived in the UK for over 20 years became a Labour Party member in 2015. He was nominated by the party in May 2017 for the parish council elections.

He ran on the slogan, ‘make this area tidy’.

“When I was doing my campaigns some of the elderlies used to take my flyers, go knocking at their friends’ doors and asking them to vote for me,” said Makofu.

Councilor Makofu revealed that he used to be a private hire driver and, as such, would meet a lot of people and grow his network.

“I used to do the shopping for the elderly and take it to their door, and that is how I became popular as they appreciated me,” he added.

Servant Leadership – Working without a salary

Makofu revealed that what they do is simply servant leadership. As councillors, they don’t earn a salary, only allowances. He noted that the role of a councillor in the UK is equivalent to a Ward MCA here in Kenya.

“What we normally get is allowances which are like a minuscule. It is about servant leadership,” Makofu said, adding that he has other jobs to supplement his earnings.

“We work. I am a hustler,” he exclaimed.

In the course of his tenure, he has undertaken a number of projects including installing litter bins, play areas, among others. He notes that before any project is undertaken, there must be extensive community/public participation.

Reflecting on Kenyan politics, Makofu urged his country men to make decisive choices in electing leaders ahead of the August 9, 2022, General Elections. He noted that leadership is a calling.

He, however, notes that he would not be interested in venturing into Kenyan politics since the dynamics are very different from UK politics.

Makofu stated that he has interacted with a lot of Kenyan politicians who go for benchmarking in the UK and he can get the picture of the kind of leadership Kenya has.

He, however, does not intend on living in the UK forever. He revealed that after his last born who is eleven years old joins college, he will return to Kenya.

Jaro Soja: Gor Fan Who Declined A Job From Uhuru, Saying It Will Distract...