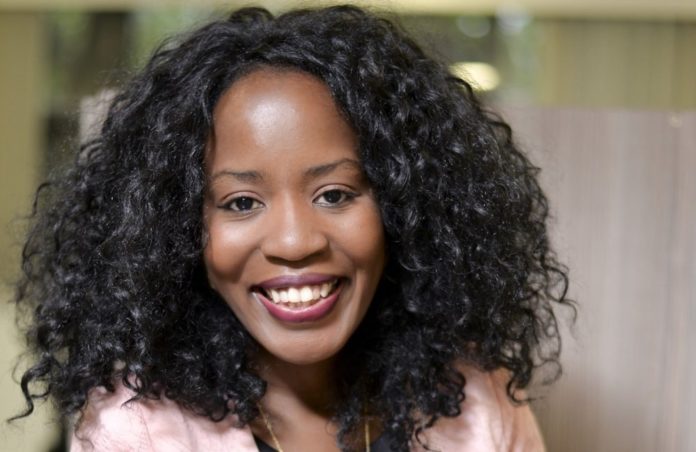 Young women in Kenya have defied societal norms by engaging and thriving in sectors that were deemed to be a man’s preserve. Catherine Mahugu is one such woman who has taken the technology space by storm. She has established multiple successful e-commerce and IT platforms that are changing lives in Africa. She has gone ahead to be featured in the Forbes 30 under 30 and won several prestigious awards.

Here is her full story as told by WoK.

Catherine Mahugu was born and raised in Nairobi where she spent the better part of her childhood and teenage life. She attended Strathmore University in 2006 and later joined the University of Nairobi where she graduated in 2012 with a Degree in Computer Science. She also attended the prestigious Stanford University (Hasso Plattner Institute of Design) in 2010 where she acquired a Certificate in Design thinking, Designing liberation technologies course.

She began her career journey in July 2007 as an intern at Co-operative Bank of Kenya working in the Business Support Service Department, Credit Operations Department and Corporate Banking and Trade Finance. She would then join Kenya Data Networks as an Engineering Intern from August 2009 to October 2009. In 2010, during the constitutional referendum, she at the Independent Electoral and Boundaries Commission (IEBC) as a deputy presiding officer for Westlands Constituency.

She went on to join the Nokia Research Center at Stanford University as a Project Consultant and also held the same role at the Kenya ICT Board and University of Nairobi. In August 2011 she joined the Earth Institute of Columbia University (center for sustainable urban development) where she worked as a researcher and User experience designer. She then joined Kenya Vision 2030 as a Project Consultant-assisting in the creation of an E-Learning portal for the organization. In September 2011 she joined Knowing Limited where she was the Business Development Manager for Wazua and Nelly Data. She called it quits to try her hand in the business world.

In October 2011, she co-founded KamataKab – a mobile solution that uses Global Positioning System (GPS) technology to enable its users to locate taxis in their area. The project went on to become the overall winner for the Garage48 Kenya Competition in 2011. A year later, she founded SasaAfrica-MIT (Legatum Center for Development and Entrepreneurship). Sasa is an e-commerce platform that seeks to connect mobile enabled artisans directly to web-based consumers. It has developed the first online marketplace that enables artisans to post and sell their products online, even if they lack access to the internet, bank account or computer.

In January 2012 she established www.shopsoko.com, a platform that connects over 1,000 sub-Saharan Africa jewellery artisans with the global marketplace whilst providing them with a sustainable income. Soko sells its products online and in-store at retailers such as Nordstorm and Anthropologie. In January 2017, she founded WaziData – a business consultancy focused on harnessing the power of data and design to change lives for social good by applying design thinking concepts and methodologies. In February 2018, she established Chiswara – an e-commerce company that offers an equitable coffee experience for farmers and consumers.

Through Chiswara, Catherine has been able to work with big corporate companies and organizations including Alibaba, UNCTAD, International Finance Corporation (IFC) and the Egyptian Ministry of Investment and International Cooperation (MIIC). Through Wazidata, she has worked with Bill and Melinda Gates Foundation, UNHCR and Safaricom among many other companies. Through Soko, she has been featured in the prestigious Vogue and Glamour Magazine. She has been featured in Forbes Magazine as one of the top 30 under 30 in 2015 and 2016.

The IT guru has also been featured by CNN, BBC, World Bank, Marie Claire, South Africa Airways inflight magazine and other global mainstream media. She is an International Telecom Union Innovators fellow, the UN’s specialized agency for ICT, a World Bank fellow and an Ashoka-American Express Emerging innovator fellow. She is currently based in Washington, District of Columbia, United States of America where she is an in-demand speaker and has been invited as guest speaker for numerous global conferences including the Economist 2016 conference and Harvard 2017 conference.

Other recognitions and awards she has received include Women of the Decade in Social Entrepreneurship and Innovation 2018, Women Super Achiever Award 2017, Most Influential Women in Business and Government – Africa 2016, BBC’s Top 30 Entrepreneurs 2015, Kenya’s Top 5 Female Entrepreneurs under 40, World Bank’s top 11 inspirational women and A Leader of Tomorrow at the St. Galen’s 44th Symposium in Switzerland in 2014.

Dr. Ouma Oluga: The Medic Who Rose Like A Phoenix From The Ashes

Stores In Kenya Where You Can Legally Buy A Gun