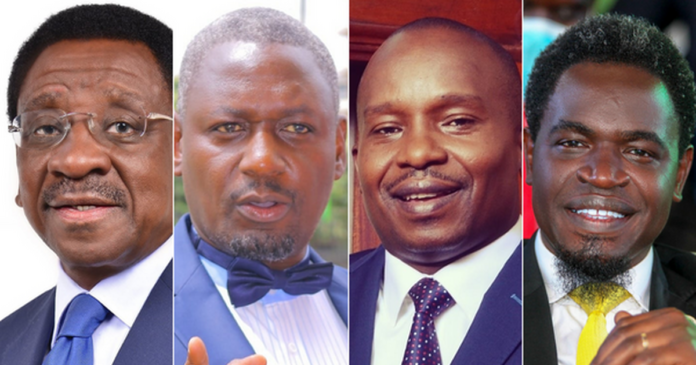 All eyes will be focuses on the seven-judge panel of the Supreme Court for the next fourteen days. The panel has until September 5th to determine whether or not the president-elect won fair and square.

On Monday 15th August, Deputy President William Ruto was declared winner of the presidential election by IEBC Chairperson Wafula Chebukati. However, his victory has been challenged by his closest rival, Raila Odinga at the Supreme Court.

The apex court now has 12 days remaining to hear and determine the case lodged by Azimio la Umoja One Kenya Coalition Party candidate Raila Odinga, who has described Dr. Ruto’s win a nullity.

The two sides are armed to the teeth with teams of legal experts who will represent them at the Supreme Court. The court room will for sure be an intense battle ground for the best legal brains in the country. Read on to find out which lawyers will present the two sides and which schools nurtured them to become the big names they are today.

In 1954, Senior Counsel James Orengo attended Ambira Primary School, where he finished his primary education in 1964. He joined the Alliance High School in January 1965, and finished form six education in 1970. In 1971, he joined the University of Nairobi to study law. He became the university president in 1973.

In 1974, he graduated from the University of Nairobi with a Bachelor of Laws LL.B Degree, and later enrolled at the Kenya School of Law, and subsequently passed his bar examination and later admitted into the Kenya legal Council.

He served in several professional organizations, including holding the position of Secretary General of the African Bar Association from 1978 to 1980, and as the first secretary general of the Inter-African Union of Lawyers.

Amollo commenced his education at Maseno Mixed Primary School where he passed and qualified to join the Maranda Boys High School in 1986.

He later emerged to be the top student in 1989 at Maranda High School, with a KCSE Mean grade of A (plain). Some of his teachers by then (those currently still alive) always attests that he was a good student, well-behaved and who always followed instructions.

He later joined the University of Nairobi to pursue Bachelor of Laws (LLB) where he obtained his first Degree in 1995. He later attended the Kenya School of Law and was admitted as an Advocate of the High Court of Kenya, Commissioner of Oath Certified Public Secretary and Notary Public in 2011.

Kithure Kindiki is a seasoned lawyer and politician. He attended Lenana School and Tharaka Boys High School for his secondary education.

He also attended the Advocates’ Post Graduate Diploma in Legal Studies, (Kenya School of Law, 2001) is a requirement in Kenya’s Legal Education for one to qualify as an advocate after completing a Bachelor’s Degree in Law.

He attended Nanyuki High School for his secondary school education, and later joined the Nairobi University to pursue a Degree in Law.

The savvy advocate attended Nangili Primary School and then Musingu High School for his early education. He later studied Law at the University of Nairobi and was lucky to immediately land an employment opportunity.

After graduating from university, Nelson worked in a few legal firms before he established his own private practice under the name Havi & Company Advocates. The private firm offers legal services such as arbitration, corporate finance advisory services, intellectual property rights and commercial litigation and debt collection.

Murgor spent his formative school years in Kiambu town, Central Province and Kisumu town located in the then Nyanza Province. His father Charles retired as a Provincial Commissioner in 1969 and the family moved to Eldoret in present-day Uasin Gishu County.

In 1981, he joined the University of Nairobi for his undergraduate Bachelor of Laws (LLB) degree. Upon graduation in 1985, he joined the Kenya School of Law for his post graduate Diploma in Law while undertaking his pupillage at Hamilton Harrison and Matthews.

He has since been involved in high profile court cases and vied for the position of Chief Justice in 2021.

Prof. Ojienda has built a solid reputation for himself in the legal community over the course of his more than 20-year career. He was formerly a lecturer at Moi University’s law school and worked his way up to become the department’s dean.

Prof. Ojienda is the highest educated member of the Upper House and is now the only elected senator in the nation with the title of Professor. The previous president of the Law Society of Kenya has a PhD from King’s College London, a Master of Laws (LLM) from the same university, and a Bachelor of Laws (LLB) from the University of Nairobi.